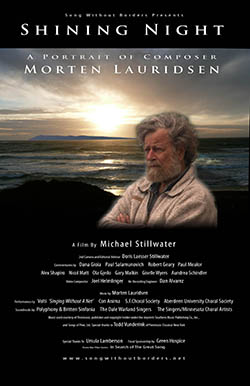 
"Morten Lauridsen is a true American treasure. I enjoy giving Shining Night DVDs to friends so they too may become hooked on this man and his music."
Doug Morris, viewer 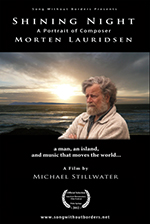 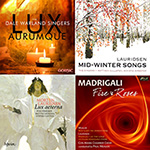 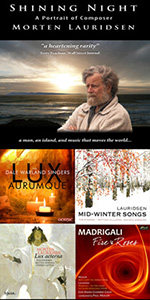 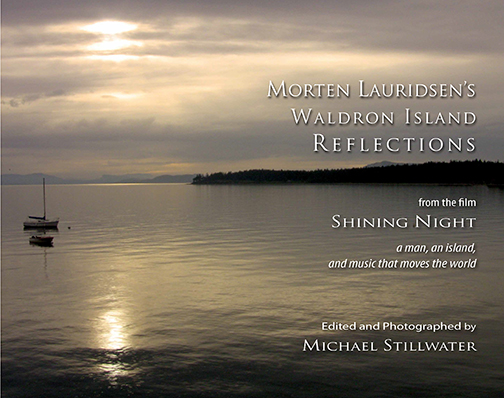 
(View Online)  Printed in five editions since 2012, the DVD includes both a feature-length version (74 minutes) and a condensed version (56 minutes), useful for educational purposes, and optional English and German subtitles.

Several bonus clips include The Universality of Song- Reflections by Morten Lauridsen, Commentaries, Trailers for both the film and the series, In Search of The Great Song, and a trailer for the Soundtrack CDs.

DVD is published by Song Without Borders and available retail through Inner Harmony Online and Amazon.com.

For bulk orders for your choir, contact Song Without Borders.


'A man, an island, and music that moves the world'. Winner of two Best Documentary awards, called a 'heartening rarity' by Wall Street Journal, Shining Night offers a contemplative reflection on the life and music of Morten Lauridsen, a National Medal of Arts recipient named an 'American Choral Master' by the National Endowment for the Arts. Lauridsen has achieved the status of the most frequently performed modern choral composer.

Gift Book of Photographs and Text from the Film

Featuring photography by film director Michael Stillwater with selected quotations from the film, Waldron Island Reflections serves as a serene excursion into the natural solitude in which Lauridsen, a National Medal of Arts recipient, was inspired to create such masterworks as O Magnum Mysterium, Lux Aeterna, and Nocturnes.

For anyone who appreciates nature as inspiration for creativity, Waldron Island Reflections provides a glimpse into the wild beauty of the Pacific Northwest, where timeless words are given a musical voice through Lauridsen's sublime artistry, and where "the only sound you will hear is a piano, along with eagles and seagulls."

"Superb recordings by Polyphony and Britten Sinfonia, the Dale Warland Singers, Con Anima Chamber Choir, and The Singers / Minnesota Choral Artists are featured in the film and I extend my deep appreciation to these distinguished conductors, ensembles and record companies for their magnificent artistry and generosity."


From a film viewer:

"I just received the DVD and 'I weep for wonder!' You've done an exquisite job of illuminating the music and the man, and even more so, given us a profound message of inspiration about life and love."